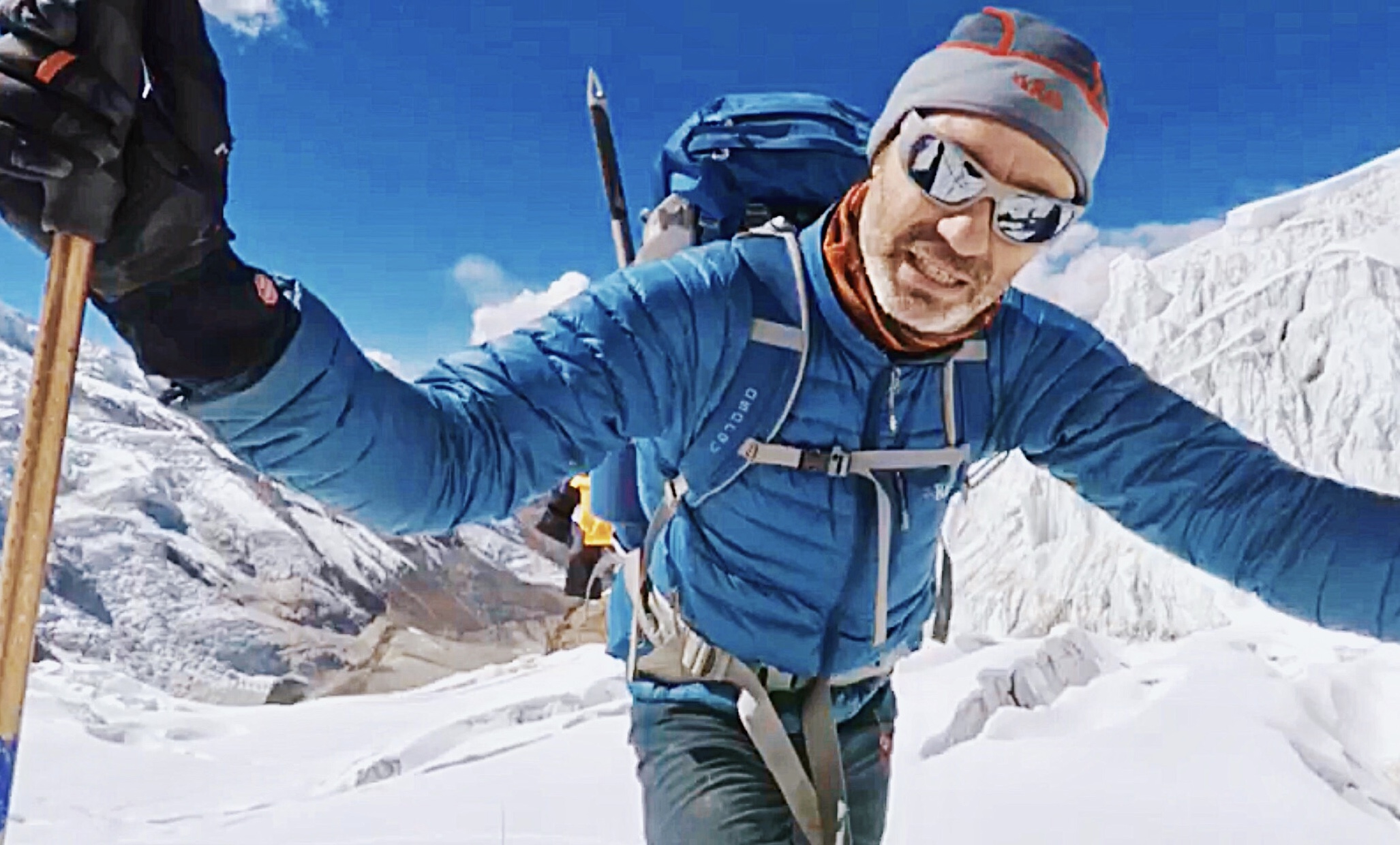 The mountain, the cold and the wind are against Barquero. He is about to give up. It seems the odds are against his reaching summit. Failure is not in his plans. He is not going to throw in the towel. Only a few metres left, the wind paralises him, his body is blocked, but his mind and his passion give him wings and he advances a little bit more, one more metre. Will he make it?

Like everything else in life, climbing an over 7,000-metre-high mountain in the Himalayas can be one thing or another depending on the circumstances. On summit day, the weather forecast announced clear skies until 12:00 pm and that was correct. 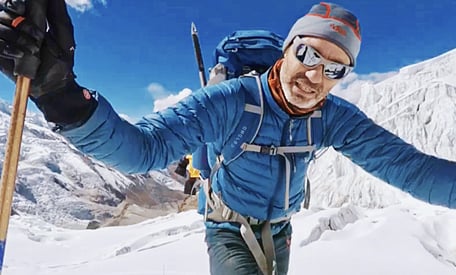 A cloudless night and a waxing crescent moon lighting up the Himlung’s silhouette. Little did we know the wind would start in the morning and would become stronger until it went wild in the last part of the climb.

Lying on the Himlung´s summit wall, I raised my neck and saw the end. Only 200 metres to reach summit, but the cross wind was so strong I realised I wasn’t going to make it. So close, so far… I couldn’t go on. I could feel my right cheek and eye burning because of the cold and, suddenly, I felt like crying. It took me a few seconds to remember all the effort we had made for months to get there, the people who had supported me to do this. I started swearing and banging my forehead against the wall of frozen snow.

I gave up. I closed my eyes and turned my head to the left, where the hurricane couldn`t hurt me. And then, it happened. I opened my eyes and the sun rose. To the North, I could see the first rays of sun lighting up the vast Tibetan plain and all the summits of the West Manaslu range. The dawn faint blue gave up and the sun pushed the shadows towards the deep end of the valley. A breathtaking show, an undescribable beauty for my eyes and the Sherpa’s only The Himlung was giving and taking and it reminded me one of the reasons why I was there: I wanted to witness the power of Nature.

I freed the ice ax and I hammered it one metre higher, and then another one, and another one. I kept going for three hours to climb the last 200 metres. The Himlung’s summit is a small snowy ledge you get to through a very narrow breach after you go through the last section which is nearly vertical. I guess an elegant climber would have stood up after the last step to raise his hands to the sky. I didn’t. I let myself slip to lie face down. I remember a long and harsh scream which came out of my guts and my right fist hitting the snow several times. We were at 30 degrees below zero, with 60-km-per-hour gusts of wind. Those were, in this case, the famous circumstances I mentioned above.

They say faith moves mountains. I don´t know if that is so, but at least passion gets them closer and help us climb them. We don’t know how, but we do. Lots of people look back and, for example,don´t understand how they could manage to work long hours,bring up their children, look after their old parents and find happiness in all this. They don’t know how they did it, but they did. Million of stories of personal improvement are written every day where there is oxygen. The high mountain is a pure, condensed and irrationally intense expression of those lives. On the Himlung’s summit I was grateful to find that unsuspected last breath which enables us to defeat adversity when the odds are against us.