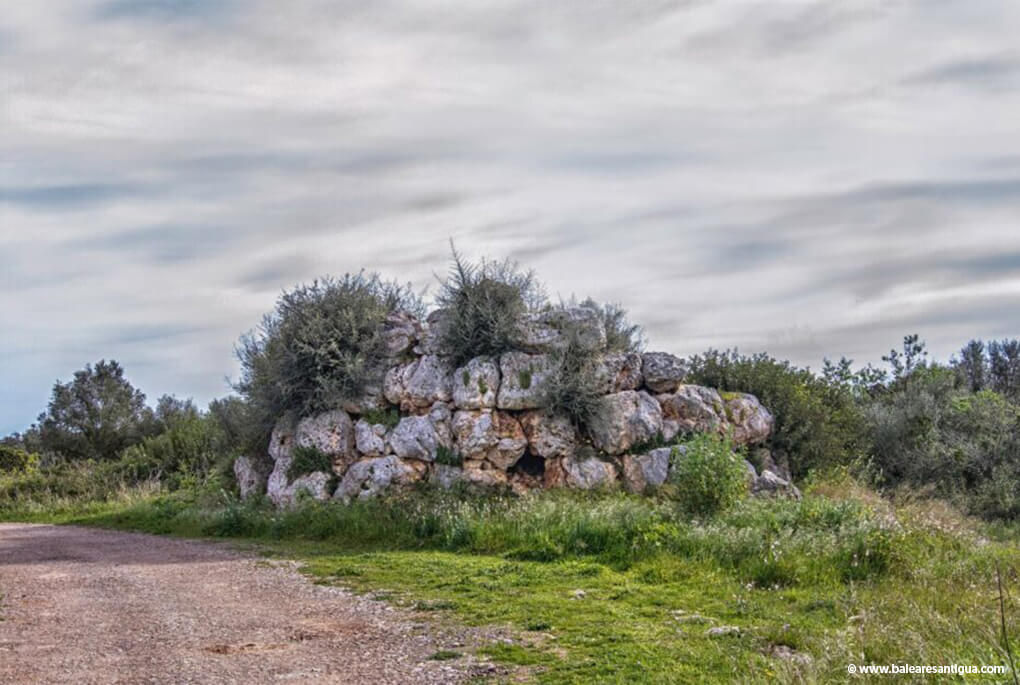 Discover the curious history of the Talaiots of Pollensa, Mallorca

Pollensa, one of Mallorca’s most emblematic towns, is home to talaiots dating back to the Late Bronze Age and Iron Age.

Talaiots are rectangular stone monuments originating in the first millennium B.C. These large structures bear a resemblance to watchtowers or defensive towers, but were also linked to death and are thought to have played a funerary role.

Many theories posit that talaiots were used as burial places, for cremation or the interment of cremated remains, but others maintain that they were built with defence and the habitat in mind. Whatever the explanation, they are the most representative monument and the late Bronze Age and the Iron Age on the island of Mallorca.

Talaiotic society lacked any established hierarchies, but its architecture was monumental and related to communal activities. In fact, a major challenge for archaeologists has been to determine what lay behind the talaiots.

Mallorca and the culture of the Talaiots

Talaiotic culture was present only on Mallorca and Menorca and few vestiges of this era survive. Pollensa is one of the few settlements that still preserves this aspect of its ancestral past.

The Roman city of Pollentia, founded in 123 B.C., had an area of approximately 16 to 18 hectares.

La Bahía de Pollensa is a prehistoric settlement from the talaiot period. Talaiotic culture is therefore woven into the ancestral tapestry that makes up the town. We are thus going to take this opportunity to tell you all about the history of the talaiots of Pollensa, on Mallorca.

Find out about the curious Talaiots in Pollensa!

Mallorca has around 400 talaiots scattered throughout the island and you can find them on the shores of its harbours and on the heights of the Sierra de Tramontana. Talaiots appeared in Pollensa more than 3,000 years ago and were the first signs of civilisation in this settlement.

Where can they be found near Pollensa?

Here you’ll find the largest talaiotic site that has so far been recorded on Mallorca. The woods in this district harbour major cultural sites and talaiotic remains.

Here a large wall that surrounded and protected the population was erected, replete with talaiots of all sizes, including the Talaiot de Marina, which had the largest population on the island.

At this site, located in Alcudia, very near Pollensa, you’ll find Mallorca’s most important archaeological site, and to date the only one that can be visited on the island. It is open from Monday to Saturday during the morning.

Here you will find a very popular square talaiot, known as the “Cova de sa Nineta”. It is very easy to spot from the San Picafort road, at the entrance to Son Serra de Marina.

You shouldn’t miss the chance to visit the group of talaiots that you can see at Can Vidalet. Here you will find four highly-celebrated square talaiots.

At this cove, located between the town of Pollensa and the port Pollensa, you’ll find a coastline that is ringed by talaiots, crystal-clear waters and natural beaches.

Here you’ll find the Son Real archaeological site, where you’ll be able to explore talaiots of various shapes and sizes that were used for funerary purposes. The remains found at this site have enabled archaeologists to discover a variety of rituals and the ways of life of Mallorca’s inhabitants of the era.

What else is there to see near the Talaiots of Pollensa?

As well as gaining an archaeological experience like no other, don’t forget that in the town of Pollensa you can visit:

If you would like to find out more about the attractive features of the talaiotic culture on Mallorca, a visit to Pollensa is an absolute must. This is why we urge you to organise your next mini break and let Hotels VIVA take charge of ensuring that you have the best accommodation possible during your days of adventure and discovery.

Without a doubt, Mallorca is one of the most...

Zip lining in Mallorca is a real adventure....

A few days' getaway to Mallorca is one of the...

It’s undoubtedly one of the best water parks...