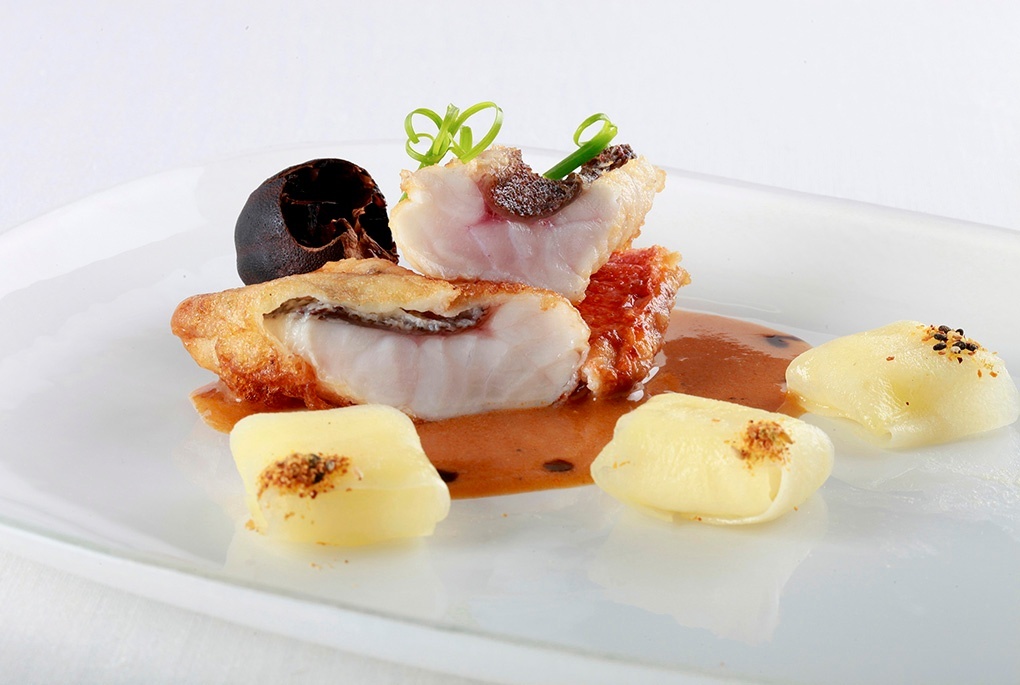 Food tour Mallorca: Get your boots on!

The sea, relaxation, water sports... and cuisine. Mallorcan cuisine stands for tradition and variety, due to its fish, seafood, and produce in particular, so we're going to give you some interesting culinary routes you won't want to miss out on. From Mallorca's cuisine to the restaurants featuring food from the different cultures living on the island.  Come and enjoy ours food tours of Mallorca!

If there's one thing that's characteristic of Mallorca's cuisine, it is the top quality olive oil. This can be found in the island's interior, where you'll find countless olive groves. It's worth discovering how it's done up close, to see how the olives are prepared and how important their flavour is, since it's the key ingredient in many of the island's dishes.

One of the olive oil routes is in Sóller and Deià, in Sa Muleta to be more specific, where you'll find centuries-old olive trees. We can also buy the oil in many local establishments and taste it at the restaurants there.

Out for tapas in Palma de Mallorca

The wide range of neighbourhoods in Palma are home to many types of cuisine. More specifically, in the old town, there are taverns and tapas bars found between places offering Mallorcan cuisine, yet food from other cultures as well, such as Italian, Galician and even Basque cuisine.

However, if you are a true foodie, you have got to taste the region's specialities. Mallorca's cuisine isn't only ensaimada and sobrassada, there's dirty rice, coca de trampó (pizza style crust topped with roasted peppers), artisan cheese, Mallorcan tombet, etc. that you can try in traditional restaurants, as well as in classic cellars and casa de pageses. Both Palma as well as Felanitx and Porreres feature many such places.  Everything made in the home-style way!

Wine trails are part of the island's landscape. If you thought that everything was  beaches and coves, you're not far off but there is also a great wine growing region in the interior. One of the most important DOs (Designation of Origin) is the one for Binissalem, with the tradition in the area dating back to the first century B.C. after the Roman conquest, when its wine was compared to Italy's finest. This DO encompasses 600 hectares and includes 16 wineries—and many of them can be visited.

Another way to learn about wine on the island is the Mallorca Wine Express, a tour by train of the Santa Maria y Consell area's vineyards, with a guided tour and tasting sessions.

Veganism is also found in Mallorca

An interest in what's healthy has meant an increase in vegetarian and vegan restaurants on the island. We recommend the restaurants Bellaverde in Puerto Pollensa, Port Amor in Port d'Andratx, and Café Scholl in Sóller.

Where can I find avant-garde cuisine?

As you can see there's a lot to choose from here, because the island's innovative and avant-garde cuisine is catching on among those with high culinary expectations. Fresh ingredients are used and the dishes start with traditional Mallorcan cuisine but then a signature touch is added to turn the dishes into something truly special. In Calvià, Andratx and Santa Catalina's Llotja-Born-Porta area in Palma you can find some of these restaurants.

Many of them are also Michelin-starred. It's time to taste something different and pay a bit more to enjoy paradise-like tastes. Michelin-starred chefs in Mallorca include Fernando P. Arellano at Zaranda; March Fosh at Simply Fosh, and Andreu Genestra at the restaurant bearing his name in the Hotel Son Jaumell in Capdepera.

Markets and fairs, a showcase for food

Going around the main markets and culinary fairs lets you smell, touch and taste the food on offer. If you're going to mingle with the crowd and look to discover new foods, there's the Alcúdia culinary market, an street market beside the ancient Roman city of Pollentia. The municipal markets you can explore include the Mercat de l'Olivar, in the centre of Palma de Mallorca in Plaza del Olivar, with a great culinary offering of prepared food: oysters, sushi, cava, and a place where events are always being held.

Mercat 1930 is for foodies since that's where the newest stuff appears. It's a recently created market that's truly exclusive and hip, located in Palma. There's an extensive culinary offering where you can find oysters, skewers and gourmet ice-cream. Its standard affair is healthy and vegan cuisine, as well as deluxe cocktails.

Yet touring around isn't the only way to enjoy great food. At Hotels VIVA we've got a selection of restaurants, with specific menus for all tastes. If you want to watch your waistline even when you're on holiday, you can do it without having to go looking for healthy restaurants on the island, since we've got exceptionally healthy items on the menu, ranging from delicious porridge with fruit for breakfast to colourful deluxe salads, to eat while enjoying the pool.

If you're going with your significant other and you want it to be a romantic getaway, make sure to visit our Adults Only Hotels, which are perfect for enjoying an unforgettable candlelit dinner.

And if you're coming with your family, we've also got meals designed just for kids! What's more, we organise a ton of theme dinners for both kids as well as adults like you, you'll have a ball.

What are you waiting for to start discovering all of Mallorca's cuisine with Hotels VIVA?