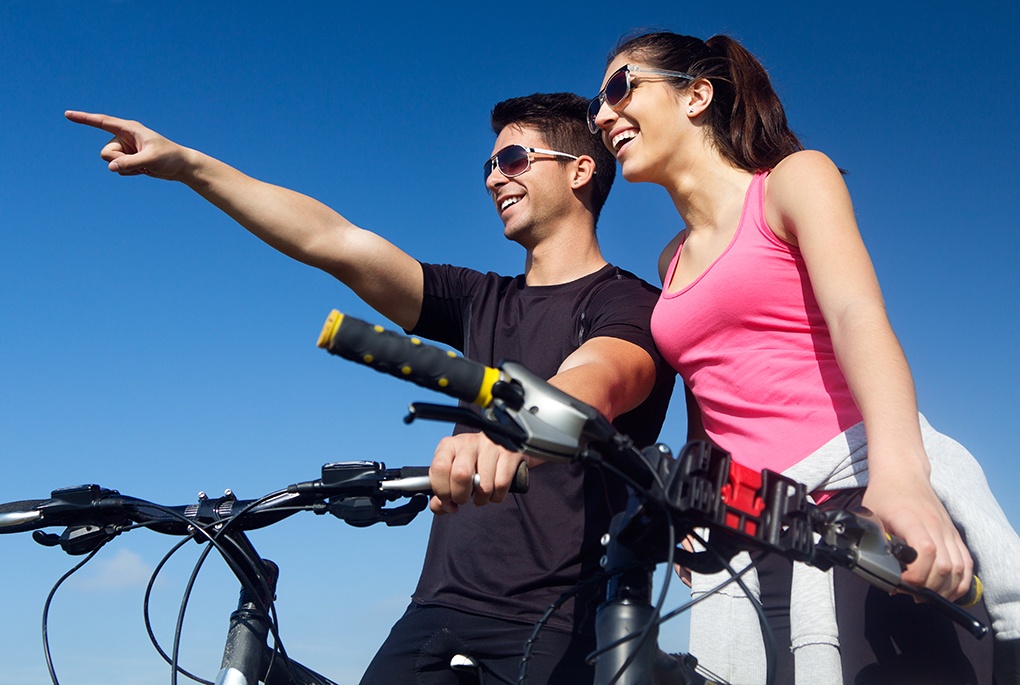 Travel around cycling in Mallorca: The best routes!

The various cycling in Majorca related sporting events Mallorca have caused an increase in the amount of cyclists on the island. Despite no official statistics on it, newspapers in the area estimate that Mallorca attracts around 150,000 cycling tourists a year. Then there's the fact that nearly half of the 1,250 km of roads are suitable for cycling in Majorca.

But events aside, the great climate, the mountain roads, the gorgeous routes and the great infrastructure are just some of the reasons for cycling in Majorca.

For cyclists who have already gone pro, this route includes a total of 147 km and it's quite a comprehensive offering. It lets you see the natural park on the Llevant peninsula and it brings you to the Mesquida cove, to then go into the island's interior and see the Oratorio de Sant Salvador chapel.

Yet if you have just gotten into cycling, if would be better to look for alternative cycling routes that are a bit easier. This route has 35.40km and a positive elevation gain of 356m. Starting from the Port of Alcudia, we head to Aucanada and Ermita de la Victoria, finishing at Port de Pollença and ending up at Playa de Victoria Beach. The contrast in scenery allows you to see beaches as well as extremely craggy areas.

Cycling in Mallorca means freedom, passion and sport. For people who are serious about it, this route's perfect because it focuses on touring the area around Puig Major, which is the highest peak in the Balearic islands at 1,445m high. The peak is also in the middle of the wonderful Sierra de Tramuntana, meaning the effort needed to get there is truly worth it because of the vast panoramic views.

Get ready and grab your bike, 40km and 4 hours of pedalling, and then rest, are waiting for you. Travelling around Santanyí's coves is the best way to see this paradise-like area with the goal of getting closer to the sea.  One of the most difficult stretches is right when leaving Santanyí, then we go past the Pontás viewpoint and reach the coves before making the return trip via the Camí de la Talaia Vella. Here we can follow it to S'Amarador beach and get into the Natural Park of Mondragó. This area features plenty of bars and restaurants making it easy to take a break and recover. Then, since it's summer, we can go for a dip at one of these exceptional coves

The people who really understand cycling say that this is one of the most breathtaking routes, yet one of the hardest at the same time: Sa Calobra features a 12km climb and lies on the northern part of the island.

From Palma to Calvià

It's a common traditional route. It's also accessible for all levels. The beginning is somewhat more challenging because you have to go uphill, but afterwards it's all down. Here we can look at the sea, the interior and countryside, in other words the island's contrasting landscapes that we just love.

There are also sea front promenade bike routes. This is one of them, since it's an easy route you can do with the family. It lets you see the Bay of Palma by bike. You can set out from various places, such as the S'Arenal marina, going through both Can Pastilla Bay and Cala Estancia Cove. The goal is calmly enjoying the sea, the port and it's seafront promenade.

We head to the centre of the island. This Mallorcan bike route lets you see charming towns and the best thing, for those of you who don't want to do anything too tough, is that the majority of the route is flat. We go through the towns of Santa María and Bunyola prior to getting to Orient, where there is a stretch with some hills. The somewhat challenging part is the stretch from Coll d'Orient, with an average slope of 5.1% and an elevation gain of 258 metres, yet after it's all downhill. Anyone can leave the route and head in another direction if they need to, or just stop to drink some water and rest a bit.

If you're dead tired after having done all these routes, what's better than a great hotel to rest in while meeting and getting to know people who share your passion for cycling. That's why we recommend Hotels VIVA, because we have a selection of establishments made by and for hardcore cyclists. Our VIVA Blue & Spa, VIVA Sunrise, Vanity Golf, VIVA Eden Lago and Vanity Suite & Spa hotels feature a Cycling Station (a place where you can store your bike safely, or rent one if you don't have one). We also have facilities designed for the most passionate of athletes (fitness rooms, multi-sport courts, gyms). And let's not forget about the relaxation areas, because sport isn't everything!

Are you ready to come to Hotels VIVA? Don't forget your bike!

We look forward to seeing you!

At Hotels VIVA we have a new goal and it’s...

Whether you have children or you enjoy life...

At Hotels VIVA we have a selection of hotels...

A holiday on Mallorca is always a good idea:...