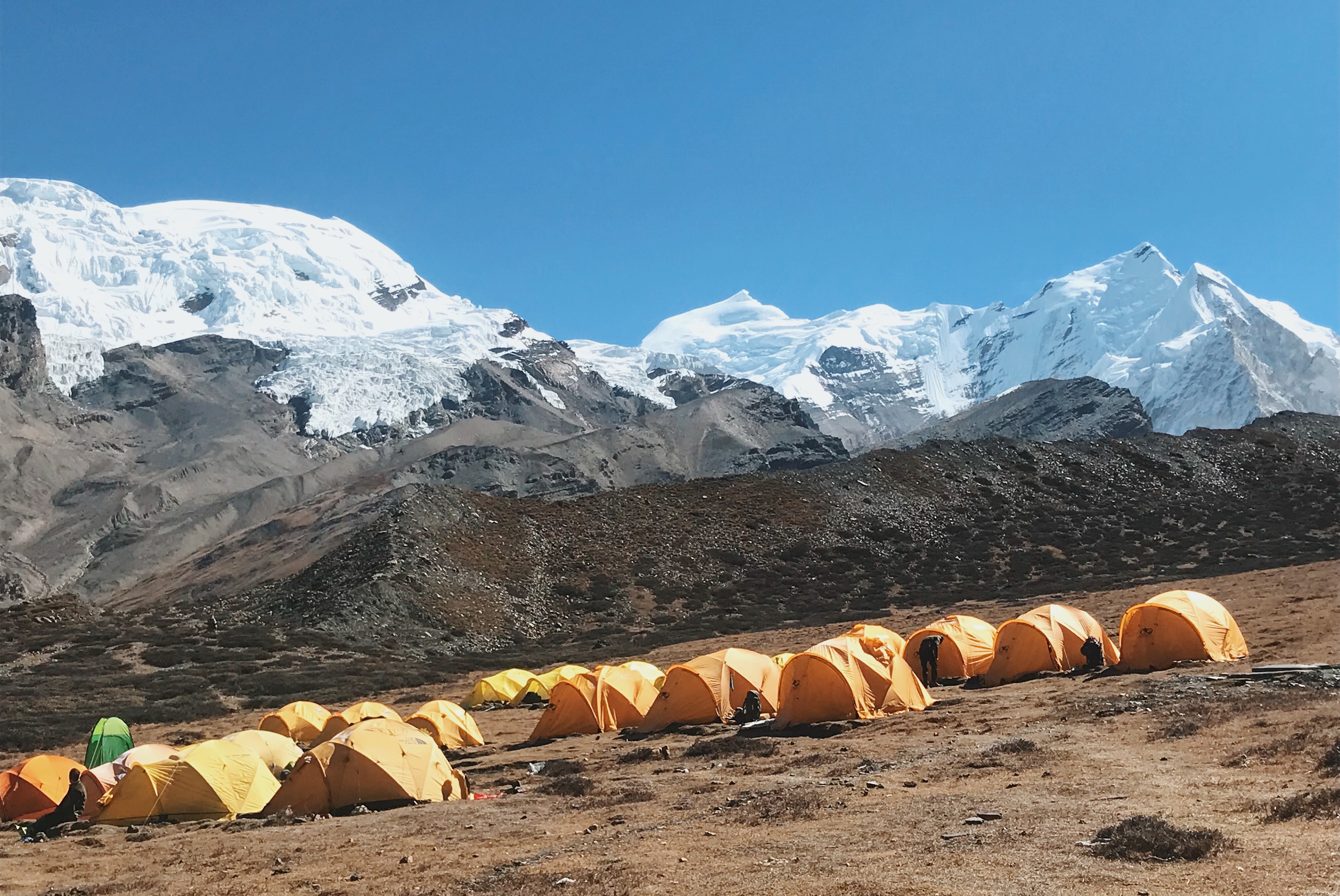 Himlung Himal is not an unknown mountain to Barquero. They were face to face five years back and at that very moment, José Manuel knew he would stand before her and reach her summit. That time had come. The desired mountain shows herself as distant, elegant and arrogant as an unconquerable woman, as a challenge which has more to do with the heart than with strength. Barquero faces the lonely, long and cold nights at base camp. He tries to keep his mind busy and train his emotions for what awaits him: a hard climb to Himlung Himal.

We met for the first time in 2013. I looked at her and I knew I would try to caress her or at least come closer to her. The reunion has been exciting because she is beautiful but cold as the ice on her. We had to walk for four days from the last place where you can reach on a vehicle to have the first sight of the Himlung. I remembered her beautiful and impressive but with less snow on and now that I am trying to climb her I find her even higher. She appeared before us an hour after we left Phu. She is colossal, breathtaking, with a more vertical ridge than I expected. 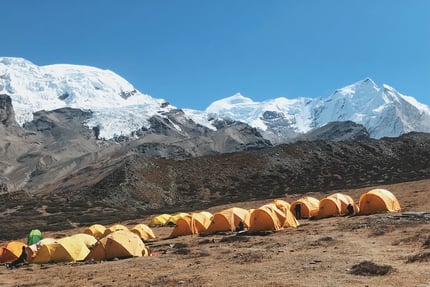 To get to the Himlung’s base camp you need to walk some three hours on a hiking trail which ascends 900 metres parallel to the Pangri glacier. It is an ordinary road that starts to be demanding due to the gradient and the altitude, which is near 5,000 metres. Our tents are on a wide terrace covered by grass for the mules which had carried all our luggage and the material for the expedition. There is a river nearby, but we cannot hear it flow. Mingma, our chief Sherpa, confesses that, unlike other years, they found water had frozen the very first day they put up the tents. It is not a good sign because this means it has started to freeze some weeks before the previous winter.

While the Everest base camp is like a small town with room for over one thousand people, the Himlung’s is a rustic settlement for three or four expeditions only. There is no Wi-Fi, or a pub or any of those comforts hard to imagine at this altitude. We have supper at half past six and we can stay in the tent we use as a dining room until eight. This is the only place which has a small heater to feel warm. Then, we have twelve hours of loneliness and temperatures below zero in our own tents until the sun rises and we have breakfast. Such long time in the dark creates too much room in your head which we try to fill with positive thoughts such as that so many times dreamt-about image of the reunion with the Himlung.