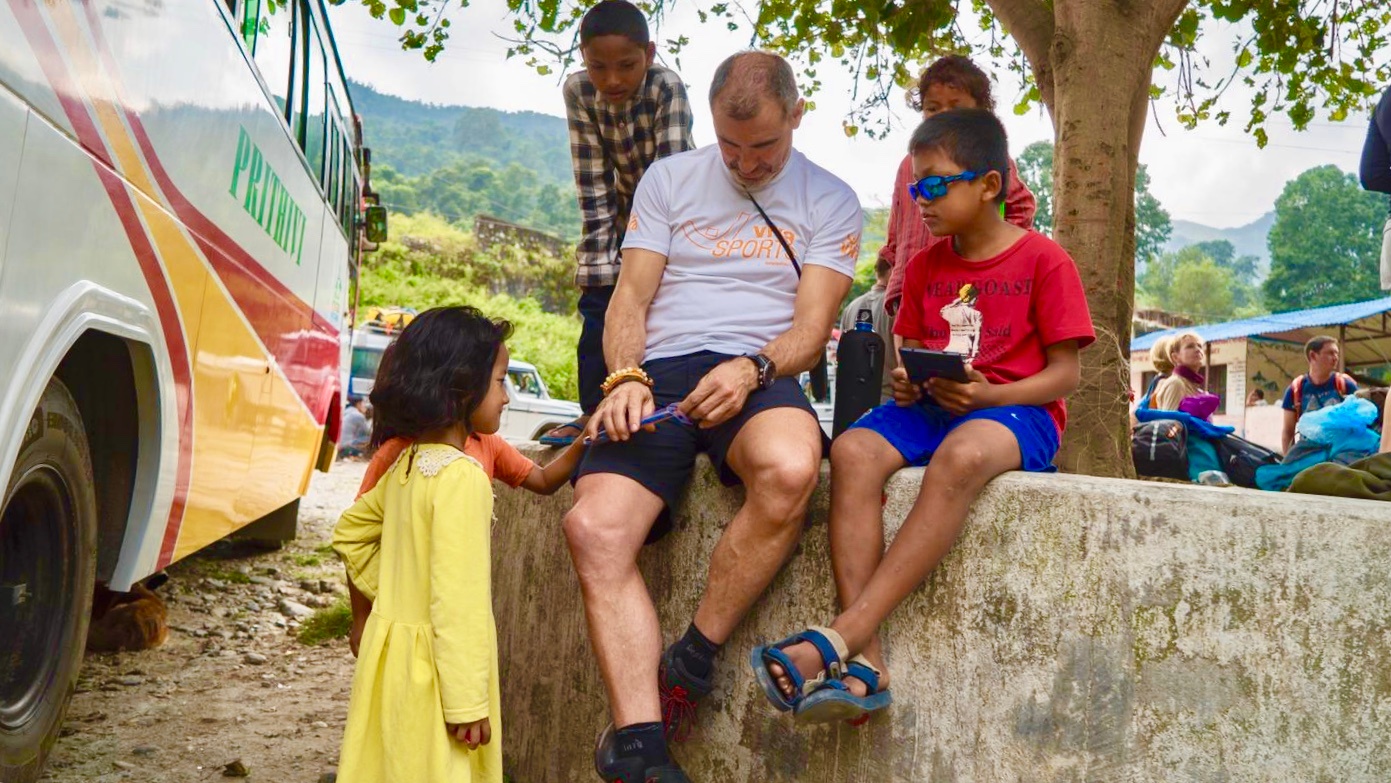 Barquero will reach the summit in a few weeks. He will have climbed 7,126 metres, but he won’t have been on his own. This adventure implies a huge team effort, a bunch of talented people working together and willingness to overcome the most unfavourable conditions with the aim of achieving what his passion leads him towards, what his heart whispers him every night: “Climb, Barquero. Higher up, Barquero.” 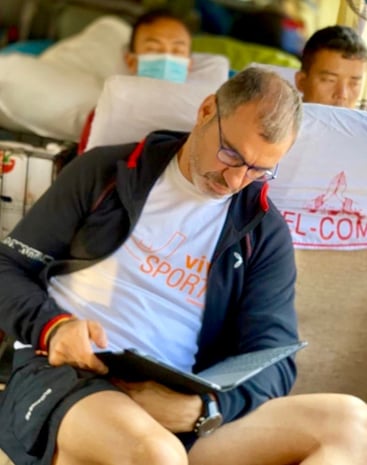 Not only does Barquero face the metres he has to climb step by step or the temperatures which go down degree by degree, but he must also endure emotional detachment, tiredness and cold being far from his family, his friends, his beloved Majorca, his comfortable life and the Mediterranean privileged climate. This is the hardest challenge, his real driving force, his own personal #VIVAPassion facing Himlung Himal. We are all with you, Barquero!

It is a totally illogical urbanistic chaos from the air. When you set foot on the ground, you get to that sort of enormous bus station the International Airport of Tribuvan is. The very minute you leave the airport, a symphony of horns starts as people cannot be behind the wheel unless they honk the horn. Motorbikes appear from the left and the right of the cars, even from behind and in front of them. Sometimes one can even imagine them flying over the taxi. And then, before arriving at the hotel, that unmistakable, dry cough shows up a few minutes after you have started breathing one of the most polluted urban atmospheres in the world. Despite this situation, some of us love coming back to Kathmandu because its arrivals terminal is the necessary crossing to get close to some of the most beautiful mountains in the planet.

Mingma always smiles regardless of what you tell him about. He has that friendly appearance rounded up by his beer belly, which is rather uncommon among the Nepali. When I first met him, I stared at him as if he was wearing a camouflage costume. It is hard to believe this man’s feet have stepped on the highest summit on the world 13 times. Mingma has climbed Mount Everest suffering and smiling and in the next weeks he will oversee our expedition VIVAPassion Himlung Himal. He is one of the strongest Sherpas in Nepal, the best example of a lineage of generous men who always give their customers more than they receive when they are up in the mountains.

Putting your own life in the hands of a stranger and feeling safe at the same time right from the start seems very weird. I guess it is part of the magic of the mountains. That magic we began perceiving among the roar of the motorbikes.