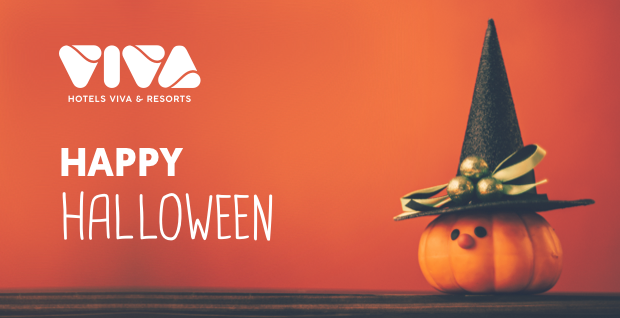 The best plans for Halloween 2020

The most terrifying night of the year has arrived!

This festival is becoming more and more popular every year in Spain and it’s ideal for
celebrating with the kids. Halloween 2020 is approaching, and this year we have to celebrate it at home, but that doesn’t mean that you can’t have a great time!

You may not know, but this celebration related to the underworld has its own name and
traditions in Mallorca, which, year after year, are remembered as part of its own history.
Discover how Halloween 2020 is celebrated on the island!

Is Halloween celebrated in Mallorca?

Although it’s a very popular festival in the United States, we can find the origins of these
Halloween celebrations in other cultures around the world. This day, which is celebrated on
October 31st, has its origins in Celtic culture, the Catholic religion, and also the island of
Mallorca.

Many civilizations in Europe had the custom of gathering together to remember their loved
ones at this time of the year, and, over time, the different celebrations have been merging
together to form what we know today.

Something similar was celebrated years later in certain Catholic groups. All Hallows´Eve
was celebrated mainly in Ireland, France, and the United Kingdom, and was a protection
ritual from the spirits that came to earth at this time.

And, in Mallorca, this is also a very popular celebration. On the 31st of October, the Nit de
les Ànimes, or night of souls, is celebrated, which is a festival that’s commemorated in
different parts of the island and that seeks to revive these old traditions. During these
festivities, families remember and celebrate the lives of deceased relatives.

Throughout this day, there are hundreds of activities all over the island, which keep the
Mallorcan customs alive. In Palma de Mallorca, it’s common to visit the city cemetery, which
last year received about 30,000 people. In addition, you can witness different celebrations in churches, schools, and streets, with popular dances and the correfoc, which are a major part of all the festivities on the island.

The day after Halloween, another well-known holiday is celebrated: All Saints´Day or Tot
Sants. On November 1st, the island commemorates this tradition of religious origin, which
also has its roots in ancient festivals. On this day the people honour their dead, and it’s a
good opportunity to remember, as a family, all those who came before us, as well as
learning a little more about our history and origins.

In the Christian religion, it’s believed that this day is when the living visit the dead, and it’s
common for families to visit the cemetery to remember their ancestors. It’s a holiday in
Spain, France, and Portugal, and is one of the oldest traditions in Christianity.

What does the pumpkin represent?

One of the most representative elements of this celebration is the pumpkin, which is used
both as a lantern and as a decoration. Although it has become a very characteristic part of
this Anglo-Saxon celebration, it’s also a very typical part of Mallorcan culture.

During the night of the souls in Mallorca, carved pumpkins with candles inside are placed as
lanterns at the doors and in the windows of the houses. On the island, people believe that
these lights help the souls of their ancestors to reach their rightful homes, thus enabling
them to receive the prayers that their families dedicate to them on that day.

This is one of the customs that the island keeps alive, and the children also get involved in it.
In many places, pumpkin lantern contests are organized - a perfect opportunity to enjoy the
night of the souls or Halloween with children!

If we’re honest, this year has been pretty frightening at times, but we think it’s high time we
started to mix fun and scares by celebrating Halloween together in this way. Even though
we’ll have to spend it at home this year, there are still many ideas to help you enjoy this
celebration as a family.

On the island of Mallorca, Halloween, the Nit de les Ànimes, and the Tot Sants celebrations
coexist in an attempt to keep the most authentic traditions of our people alive, while at the
same time incorporating new celebrations. In spite of its globalization, and the tourism the
island receives, we’ve been able to preserve these customs and celebrate them as a family.
We hope that next year you’ll be able to visit us and enjoy these celebrations and, at the
same time, learn more about Mallorca’s history.

The New Year is a time for change, resolutions,...