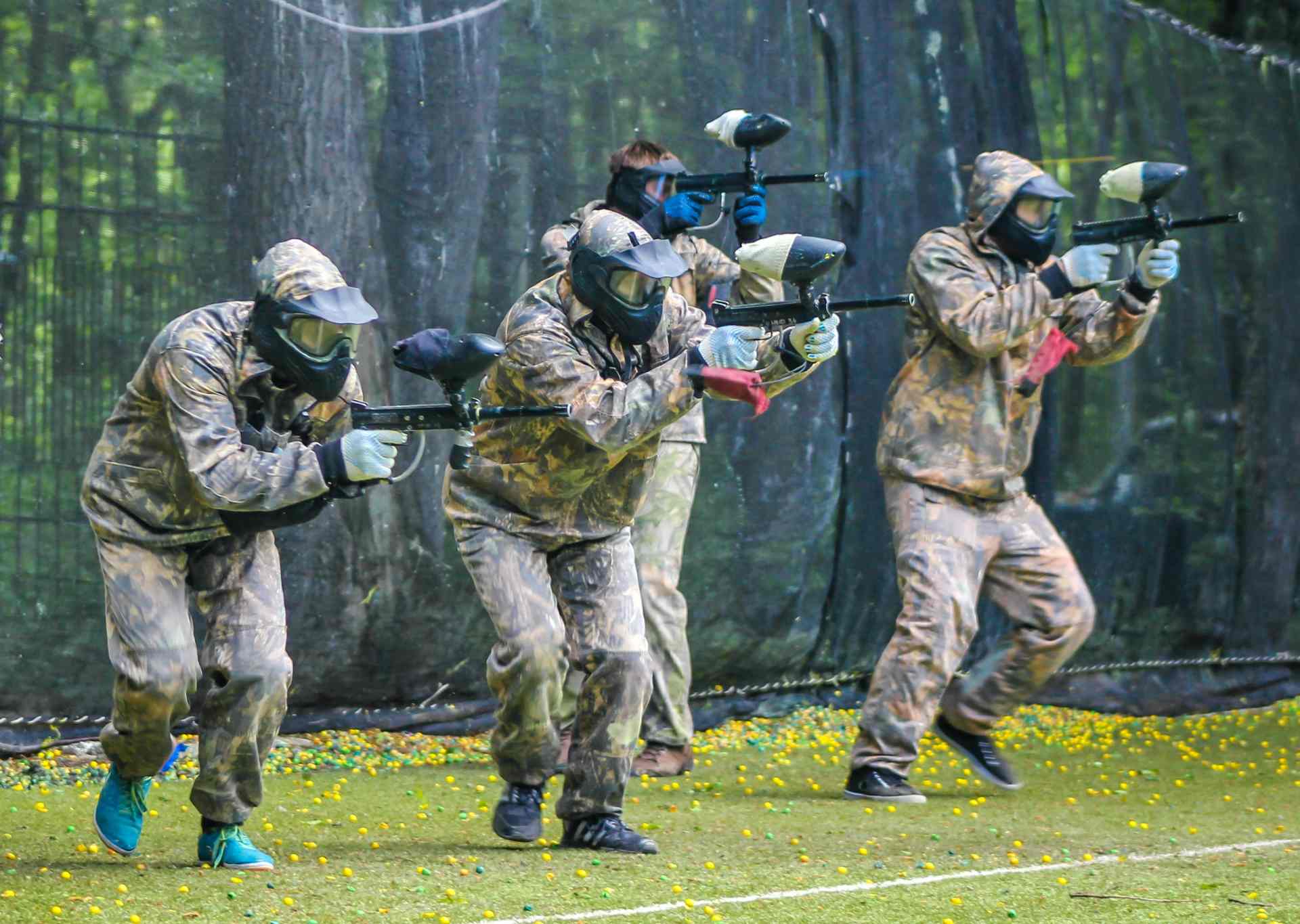 Paintball in Mallorca: Ready for adventure?

Playing paintball in Mallorca is a great activity to do with friends or family. Are you planning a getaway to our island and feel like a bit of adventure? Then this Hotels VIVA post is for you!

This group sport basically consists of shooting small paintballs at members of the opposing team using paintball markers (usually gas or compressed air-powered guns or something similar). Players who are hit are marked and excluded from the competition.

Paintball can be played indoors or outdoors, taking different approaches depending on the number of players, their age, or the type of game.

The most common forms are recball (or recreational paintball), which is played in natural environments or on fields specially equipped for this activity, and speedball, which is usually played on symmetrical fields with obstacles (similar to American courts) and consists of stealing the opposing team's flag.

The practice of paintball requires compliance with some basic rules in order to ensure the safety of the players, who must be equipped with masks and protection on their chests, knees, elbows, etc.

The most important rules are:

Paintball in Mallorca is an outdoor activity which helps us to keep fit and improves our physical endurance (each game lasts an average of 2-3 hours, during which we’re constantly on the move), as well as our strength and cardiovascular health.

As it’s a team sport, paintball is a good exercise to help us strengthen collective skills and our ability to work under pressure, as well as improving planning, speed in decision making, and how we establish priorities.

In addition to all this, playing paintball is fun and stimulates the production of serotonin, a hormone that affects our happiness and mood. It’s also associated with improved self-esteem and stress reduction. 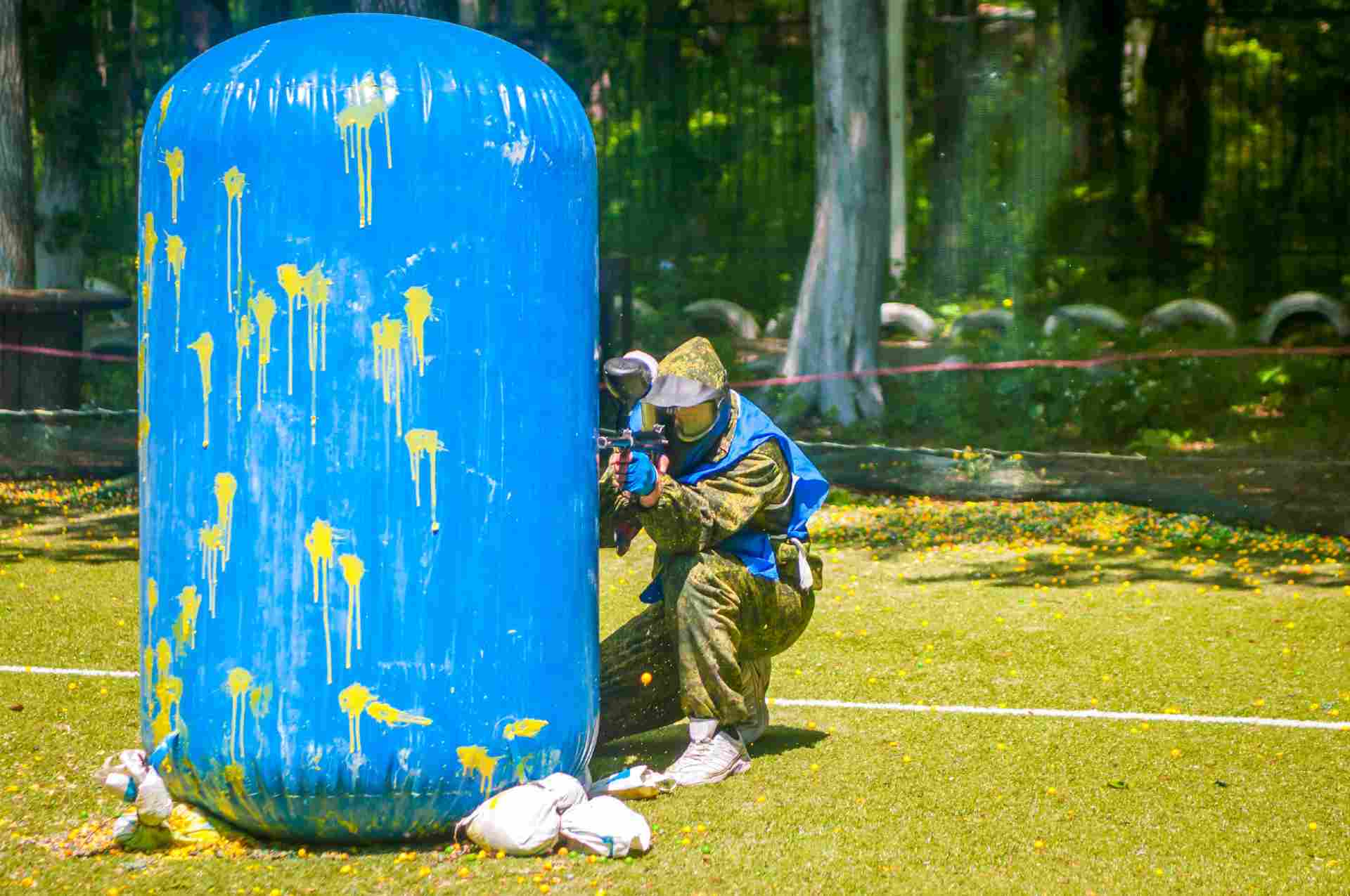 Where to play paintball in Mallorca

One of them is Mallorca Paintball, a multi-sport venue with a surface area of over 50,000 square metres and five different themed paintball arenas (urban paint, paint west, paint war, forest paint and trench labyrinth).

Mallorca Paintball is one of the largest leisure areas on the island, and you can also try out other equally fun activities such as bubble soccer, airsoft military simulations, and paintball with a bow.

Another of the best paintball venues in Mallorca is Paintball Aventura, located next to the Mallorca Fashion Outlet shopping centre, just 15 minutes from Palma.

This complex has four areas (the Cemetery, the Wild West, Battlefield and Urban Guerrilla) which together make up more than 15,000 square metres of pure fun with the best paintball areas in Mallorca.

One of the main new features at Paintball Aventura is the "Zombie Attack" experience, where zombies form part of one of the teams and are yet another enemy to avoid on the battlefield.

You can also practice go-karting here – a perfect sport if you’re looking for speed and adrenaline.

Have we persuaded you? Choose adventure activities on your next getaway to Mallorca!