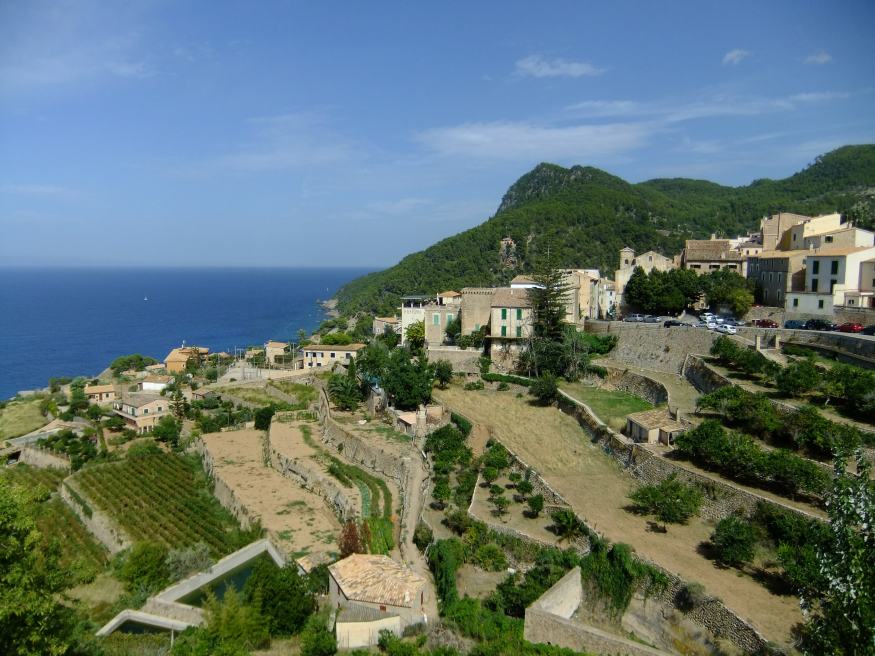 Discover the most beautiful towns in Mallorca

Alcúdia is considered one of the most beautiful places in Mallorca. This charming little village was recently included in the list of the Pueblos Bonitos de España (Beautiful Spanish Towns). The town of Alcúdia carries this award with pride, but it was already one of the most famous villages in Mallorca before that.

Alcúdia is one of the most historic towns in Mallorca, and, even today, we can still see traces of its ancient history. It’s a medieval town full of cultural wealth. A good example of this is the ruins of the Roman city of Pol-lèntia, where Roman life in Mallorca began, and its strategic position between the bays of Alcúdia and Pollença made it the most prosperous Roman city in the Balearic Islands.

It’s also worth mentioning the medieval wall, which can be visited on foot. Two of its imposing entrances remain standing, oblivious to the passing of time. Alcúdia is one of the most-visited villages by VIVA Blue & Spa and VIVA Sunrise clients, due to its close proximity.

This village, and the following three, are located on the west side of the island. From any of the VIVA hotels, they can be reached in approximately 2 hours by car, making them perfect for day trips.

It’s one of Mallorca's hidden villages, southwest of the Serra de Tramuntana and about 30 minutes from the capital Palma de Mallorca. Banyalbufar hasn’t experienced mass tourism yet, and so it’s still one of those magical destinations where you can truly unwind and relax. It’s considered one of the most beautiful and interesting villages in Mallorca.

As well as being a mountain village, Banyalbufar is also a coastal town, where you can find beautiful beaches for bathing and sunbathing in the summer. There you’ll see the Torre de Ses Ánimes, a coastal watchtower dating back to the 17th century, which gives you unmissable views of the Mediterranean.

Another highlight is its picturesque fishing port, known as Es Port des Canonge, which has a beautiful gravel cove surrounded by posidonia, where bathers always have a wonderful time. Banyalbufar offers unsurpassable views that can be appreciated from almost any part of the village, and even just driving along its streets. Whether embarking on its hiking routes, or enjoying its coves, this village truly is an ideal place to relax.

Just 40 minutes by car from the capital, we can find Deià, one of the most beautiful villages in Mallorca. Nestling in the heart of the Serra de Tramuntana, it shares its territory with other Mallorcan villages in the area such as Valldemossa, Fornalutx, and Sóller.

It’s a magical place where artists, writers, bohemians have passed through, along with other people who wanted to live in direct contact with Mallorca’s natural surroundings. In the decoration of the restaurants, little shops, and hotels you can appreciate the picturesque bohemian touches, making Deià one of the most charming villages in Mallorca. A great option is to visit the Robert Graves museum, which is located on the MA-10 road, one of the most beautiful roads to take by car or bike.

When it's time to cool off, the village has a hidden-away cove with several beach bars where Julio Cortázar would have spent time bathing at some point, as well as English writer Robert Graves, who lived here for a while and has his own museum named after him. When visiting villages in Mallorca, Deià is undoubtedly one you can’t miss.

Another place to visit in Mallorca is the village of Valldemossa, a village with a long history that has always attracted painters and artists due to its great beauty. Located about 20 kilometres from Palma de Mallorca, about half an hour's drive, it’s one of those places that will take your breath away.

As well as being one of the most beautiful villages in Mallorca, it was home to the famous composer Frédéric Chopin, who said that this was one of the most beautiful places in the world. Its steep alleyways and flower-filled stone façades promise you a tour full of history. Coca de patata is a true symbol of the town of Valldemossa and traditional Mallorcan culture, which is why you simply must try it in one of its cafés on your visit to this Mallorcan village.

Another interesting visit is to the Real Cartuja de Valldemossa (Royal Charterhouse of Valldemossa), with its beautiful gardens and monuments. It’s a 15th-century palace that was the residence of King Sancho I of Mallorca; Chopin and George Sand stayed there too.

Visiting beautiful villages in Mallorca is an activity for the whole family to enjoy, whether you’re discovering its gastronomy, its inhabitants, or simply strolling through its streets full of history and culture. What are you waiting for to discover the best villages in Mallorca?

Without a doubt, Mallorca is one of the most...

Zip lining in Mallorca is a real adventure....

A few days' getaway to Mallorca is one of the...

It’s undoubtedly one of the best water parks...